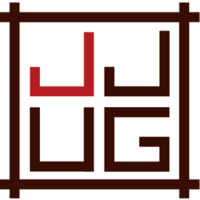 Get invited to future events

This talk will focus on how engineering teams can leverage automated refactoring tools that originated at Netflix to greatly reduce the time and effort required when migrating to new versions of frameworks like Spring and JUnit and between language versions.

Does this Scenario sound familiar?

Your organization has many Spring-based microservices and applications that are critical for the day-to-day operation of your business. Over time, you find that your applications have a large number of dependencies on third-party technologies and libraries that have different release cadences. Invariably, your organization encounters pressures to upgrade those dependencies for any number of the following reasons: critical bug fixes, security updates, expiring support, "modernization", or technical enablement. Refactoring a single application to update its third-party dependencies can be tricky and often requires manual intervention when there are breaking changes. At the organization level, performing the same refactoring operation across all of your applications can result in weeks of effort.

This talk introduces OpenRewrite, an open source ecosystem that specializes in mass, automated refactoring with a focus on Java source code, Maven build files, XML, YAML, and property files. We will discuss how the framework enables the creation of composable, prepackaged recipes that can be used to automate common framework migration and how these recipes can be integrated into both Maven and Gradle builds.This talk will include some live demonstrations of Rewrite's tools to perform automated migrations on real-world, Spring applications and libraries.

Jonathan is co-founder and CEO of Moderne, a venture-backed enterprise software company delivering automated source code transformation. Moderne works to liberate engineers from tedious software maintenance tasks so they can do what they love: create! Previously, Jonathan was a member of the Spring Team where he founded Micrometer and at Netflix where he worked on Engineering Tools. Jonathan is the author of the O'Reilly book "SRE with Java Microservices", released in 2020.